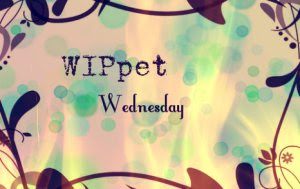 Happy July, everybody! Which means I'm done with my crazy month of JuNoWriMo and will hopefully be blogging a lot more. And it's almost Fourth of July, so happy Independence Day to all my US friends reading this!

I haven't started editing JuNoWriMo Draft 1 yet. My mind - and wrists - kind of need a break. So for now, in honor of the first week in July, here are seven sentences that didn't make the first cut into the manuscript. Hannah is a young woman who escaped North Korea and then was trained by an American couple to return there as an underground missionary.

Would she have decided to back into North Korea on her own? Probably not. Hannah felt like she owed it to the Sterns. They wanted her to do it, and Hannah agreed. Since she was the only female graduate, Hannah was hailed as the brave one. As the Yalu River came in sight, Hannah wondered if it wasn’t the other way around.

Maybe she had just been too scared to say no to the Sterns.

NEWS UPDATE: The Beloved Daughter placed first in the Book Club Network's book of the month contest! Thanks to everyone for their votes! I'm really floored. Tweet the good news!

Blog Love: Thanks to K. L. Schwengel from My Random Muse for the WIPpet fun. And thanks to fellow WIPpeter Raewyn Hewitt for the interview about The Beloved Daughter!

Random Fact: There have only been four years of my life in which I have not lived under the same roof as a Trekkie. And what glorious years those were...