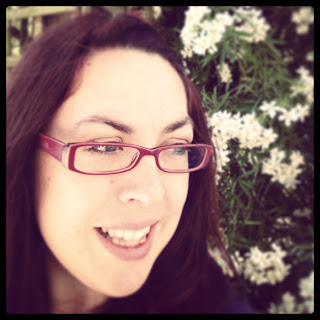 The talented Kate Frost is a fellow author and WIPpeter, whose debut women's lit novel, The Butterfly Storm, was published just last week! I've been excited about her debut novel ever since I started connecting with Kate through our WIPpet Wednesday blog hops. Kate and I have never met personally, but seem to be kindred spirits, at least in terms of our writing; Kate and I have both been working on time-travel/historical books for kids or teens, and we both published our debut adult novels this year! Today I'm happy to welcome Kate Frost to Lightly Salted for a little chat. SEE BELOW TO SEE HOW YOU CAN WIN AN AMAZON GIFT CARD!


Me: Congratulations on publishing The Butterfly Storm. Can you give us your elevator pitch so we know what it's about?
Kate: Thanks Alana. I always find it incredibly difficult to succinctly sum up what The Butterfly Storm is about, so if I was really asked this question in an elevator I'd probably get all hot and flummoxed and trip over my words, but what I would really want to say would go something like this:
Sophie Keech is a twenty-something woman about to embark on a new and exciting life in Greece with her boyfriend Alekos. Outwardly life for Sophie is perfect but inside she's struggling with questions that have haunted her ever since her mum, Leila, divulged the truth about Sophie's father. Add to that life in Greece being not all it's cracked up to be and Sophie's hopes and dreams begin to unravel. When an accident involving Leila forces Sophie back to the UK, she has to confront her past before she's able to move on with her future. The Butterfly Storm is a story about the complications of love and family; it follows Sophie's physical and emotional journey through an important turning point in her life.
Me: Was there a precise moment you decided to write The Butterfly Storm, or did your idea for your first novel progress more gradually? 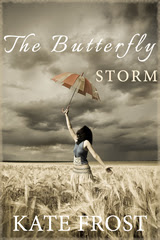 Kate: It was a gradual progression. I’d already started to write a couple of novels before The Butterfly Storm but I never finished them and had all but abandoned them by the time I applied to Bath Spa University to do a MA in Creative Writing. A big part of the MA was to write 40,000 words of a novel to publishable standard, so the summer before starting the MA was when I really began to think about the novel I wanted to write. The novels I’d worked on previously had been rather dark with sci-fi elements and I wanted to write something completely different and, because of the time restraints, I felt writing a book  that didn’t need a lot of research would be a good idea. I’d also been inspired by the time I’d spent in Greece visiting my now husband’s family so I knew I wanted Greece to feature. By the time I started the MA I had the beginnings of a cast of characters, a loose idea of plot, and a first chapter, which now happens to be chapter seven of the finished novel.
Me: Which of the characters in The Butterfly Storm share bits and pieces of your own personality?
Kate: Ha, now there’s a good question! I’m very different to my main character Sophie, who can be opinionated, passionate and headstrong but I do share her need to have her own space and I like having quiet moments to myself just as she does. I wish I had her spontaneity too. I would say I'm calm like Alekos and have his sense of family values, and I’m a good listener like Robert (Sophie’s mum’s friend).
Me: How long did you work on The Butterfly Storm? Were there any stages in the writing process that were particularly tedious?
Kate: I started work on The Butterfly Storm in the summer of 2004 and finished the last edit of it in April this year. I should add that I’ve not constantly worked on it for nine years! I finished the first draft within two years, with half of it being written during the MA, and then rewrote and edited it before sending it off to agents in 2007 - 08. I had five agents request the whole novel and their replies were all similar in the fact that they loved it but weren't confident enough that it was going to make money, so they didn't take me on. That's when disappoint struck and I ended up putting the novel aside for a very long time. There have been lots of other things going on in this time too such as getting engaged and married, buying a house and doing it up, plus I’ve written another novel, so I've not been idle.
Once I dusted off the manuscript following the rejections from the agents I sent it out to four independent publishers and one of them also requested to read the whole novel and then suggested some major changes to make the book stronger. This rewrite was tedious and difficult because I ended up cutting flashback chapters, having to restructure the whole novel, write some completely new chapters and then somehow put it all back together again, which took time with rewrites on top of rewrites. That tedious process, however, was the most important one as it undoubtedly made the novel so much better.
Me: What's next for you as a writer?
Kate: Well, first I need to decide on what to do with my children’s novel, Time Shifters - whether to self-publish it or send it out to agents. I think a lot will depend on my experience of self-publishing The Butterfly Storm, so I'll see how the next few weeks go. I've started working on something new, another contemporary women's fiction novel, which will be the follow-up to The Butterfly Storm although it's in no way related. I'm very much at the planning stage of it at the moment but it has the working title of The House of Stone, a main character called Poppy Stone and it will predominately be set in Tanzania and Zanzibar.
Me: If you were to write another women's fiction novel, would you do anything differently?

Kate: Yes! I would think long and hard about the structure of the novel and the way I want to tell the story before starting to write it in the hope that the editing process would be easier than The Butterfly Storm.

Me: How has traveling impacted your writing?
Kate: Spending time in Greece was the catalyst for writing The Butterfly Storm. Even places in the UK have had an impact on my writing with north Norfolk on the east coast of England playing as big a role as Greece does. A visit to Warwick Castle sparked the idea for my children’s novel, Time Shifters, and our honeymoon to Tanzania and Zanzibar has influenced the setting for The House of Stone.
Me: If a literary genie could grant you one wish for The Butterfly Storm, what would it be?

Kate: I’ve initially published The Butterfly Storm as an eBook but I aim to publish it as a paperback too. I’d love to be able to walk into a bookshop and pick up an actual copy of The Butterfly Storm. That really would be a dream come true.

Note: You can purchase The Butterfly Storm ebook from amazon.com or amazon (UK).
Also, anyone who buys The Butterfly Storm between Friday 14th and Friday 28th June and emails the amazon receipt to kactus@kate-frost.co.uk will be put into a prize draw to win one of two £5/$5 amazon vouchers.
Posted by Alana Terry at 3:51 PM