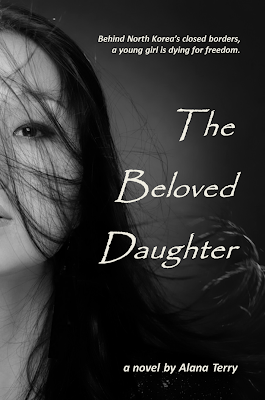 The following snippet was part of my introduction before I shelved the first few chapters and went with something a lot more dramatic. Even though this excerpt never made it into "The Beloved Daughter," I hope it gives you a glimpse of the struggles Chung-Cha faces as a young girl in famine-ridden North Korea.

I studied my bag of potato chips and fingered the crinkly package. I didn't know if I should eat my prize now or share it with my parents when they came home. On the one hand, weren’t the potato chips be God’s gift to me? But wouldn't the Almighty want me to share them with Father and Mother, who were just as malnourished as I? Back and forth, I argued with my young and inexperienced conscience.


Eventually I decided to eat half of the chips now, and save the rest for my parents to enjoy later. So, conscience and appetite both appeased, I put one hand on either side of the bag and pulled it open. The smell of salt and potato starch made my mouth salivate. I was dizzy with hunger and anticipation.

As I lifted one chip out of the bag, the greasy wafer felt so delicate between my fingers I was afraid it might break. Trembling now, whether from excitement or sheer starvation, I  lifted the paper-thin crisp to my mouth.


Just before I took my first bite, I remembered to say thanks. Our Dear Leader’s need for worship went so far that all North Koreans were required to recite “Thank you, Father Kim Jong-Il” before every meal we ate, starving to death though we were. Indoctrination began at the nursery level, where two and even one year-olds were taught to declare their gratitude to our nation's leader. One afternoon I saw a nursery school instructor whipping the face of a small boy because was lisping when he spoke the Dear Leader’s name. Within a few minutes, every single toddler in his classroom was shouting “Thank you, Father Kim Jong-Il” with such passion and ferocity that tears flowed down their dirty, sunken cheeks.

Father taught me a slightly different version of our nation's mandatory mealtime blessing. “Thank You, Father God,” I murmured, glancing at the picture of our great nation’s fat, greasy-faced leader. “And help the Dear Leader come to salvation,” I added. Then, with a deep breath of anticipation, I ate my first potato chip.

I am embarrassed to tell you that I have no memory of what that bite tasted like. I only know that the mere thought of potato chips makes me feel nauseous to this very day. After I ate one chip, I had no will-power left to save even a few crumbs for my parents. The entire bag was empty a few seconds after my first bite. Maybe it was the excess salt and grease, or the guilt I felt for eating the whole bag by myself, but I threw up all over the table almost as soon as I finished.

A little while later, Mother came home from her education session. She ran to my bedside, where I lay sobbing, my hair and blouse covered in vomit, my mind repeating accusingly, “Thank You, Father Kim Jong-Il.”