Today a writing friend of mine, Jennette, Mbewe, is here to talk about the music that inspired her new release, Secrets Kept.

When I first wrote the story that would become Secrets Kept, my theme song at that time was Grace Like Rain by Todd Agnew. I listened to it over and over, and it compelled me to the end. Writing the final battle scene in what is now book three, that song played in my head and heart. (A video of the song if you want)

Before I knew anything about writing and the industry, I had a dream to create a sort of Pilgrim’s Progress meets Lord of the Rings, but with the intent on the journey of faith, the overcoming of the wrongs and the hurt of our past, being set free from thought processes that keep a person in bondage to choices that hurt themselves and others repeatedly. Reflective of my own spiritual journey without realizing it. And for the struggle—grace. And I didn’t want the elements of allegory to be obvious. Oh, look, there goes Worldly Wisely. Although, nothing wrong with that either. I love Pilgrim’s Progress and Hinds’ Feet on High Places, but this was my dream, my story.

And then, I realized I had done it all wrong. Ha!

So the allegory was scrapped. After ten years of rewrites and edits, and two kids later, my memory is a little blurred on how many times I’ve reworked the story. Ha! Although, I still have the first original print out of the story in one little folder which now has become three novels.

Ayianna’s story is her own, and I hope readers will enjoy the adventure for what it is, but you will undoubtedly find fragments of the existing allegory within the book, and hopefully it will lead to a richer reading experience.

Thank you, Alana, for allowing me to share a little bit about the music inspiration behind my writing. My time is up, and I haven’t even gotten to the Pirates of the Caribbean soundtracks. Ha! Another time. Until then, go have an adventure, read a book!


Welcome to the World of Nälu!
The Tales.

Can a desert princess find love with a foreign king?

Johari lives in the shadow of her beautiful sister until a foreign king notices her, but in her haste to prove herself worthy of affection she finds herself compromised and on a difficult journey to make things right.
Find it on Amazon, Barnes and Noble, Smashwords, and Goodsread

What if all you knew had been a lie?

The teaching of the Guardians has guided Semine's footsteps since her infancy. When her mentor shows up with information contrary to what she's been taught, she doubts her decision to follow in their footsteps. She must decide if there is life beyond what she has always known or embrace a new, mysterious path and reject the Guardians' legacy.
Find it on Amazon, Barnes and Noble, and Smashwords

To what lengths would you go to save the world?

Elothryn keeps the darkest secret of Nälu: The cursed dagger of Raemoja. A weapon powerful enough to release the greatest evil from the underworld. For generations, his family has lived without incident until now. The hunters have his scent and will stop at nothing to reclaim the dagger. Elothryn and his son flee, seeking help, but will they find it?
Find it on Amazon and Smashwords
The Novel

With a curse, she will build an army.With the dagger, she will undo the last sacrifice.But first the sorceress must find the secret keeper. 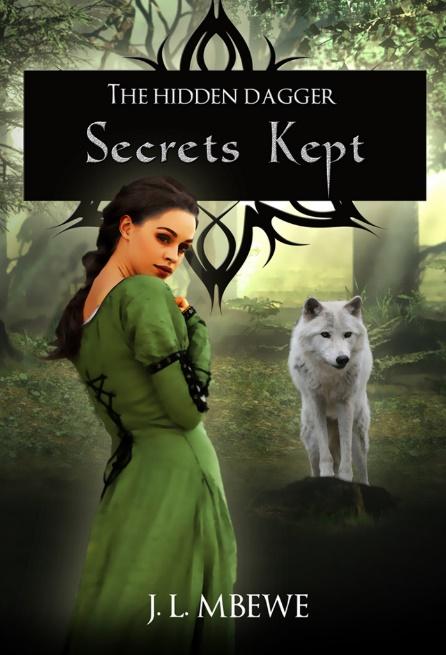 Torn from her homeland and thrust into a betrothal against her wishes, Ayianna learns her family has a deadly secret that now has her on the run. She joins forces with Kael, an embittered half-elf, and Saeed, an elderly High Guardian, to seek answers to her father’s death, the destruction of Dagmar, and the plains people’s bizarre behavior.
Ayianna discovers there is more at stake here than just her mother’s disappearance and her familial duty to her betrothed. The sorceress has cursed the plains people, and it is a race against time to release them before the sorceress resurrects an ancient evil.
Find it at Amazon and Goodsreads.
Author Picture & Bio
Writing as J. L. Mbewe, Jennette is an author, artist, mother, wife, but not always in that order. Born and raised in Minnesota, she now braves the heat of Texas, but pines for the Northern Lights and the lakes of home every autumn. She loves trying to capture the abstract and make it concrete. She has two short stories published in The Clockwork Dragon anthology, and is busily creating worlds inhabited by all sorts of fantasy creatures and characters, all questing about and discovering true love amid lots of peril. Her debut novel Secrets Kept and her short stories set in the world of Nälu: Desert Rose, Dragon Thief, and Indestructible are now available. She is currently living her second childhood with a wonderful husband and two precious children who don’t seem to mind her eclectic collections of rocks, shells, and books, among other things. For more information about her journey as a writer mama and all things creative please visit her at http://www.jlmbewe.com/ 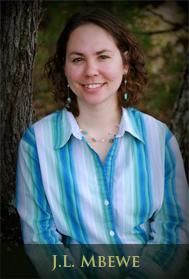