Before I share what's been on my mind, first: a disclaimer. If you've been reading "Lightly Salted" lately and have come to this post expecting another light humor article, you may want to click that back button right about now. There is nothing funny about what I have to say. Trust me; I'm deadly serious.

Three days ago, twenty little children and some very brave adults lost their lives. Their murder was brutal. Even more devastating, it was pointless. Senseless.

Unfortunately, there were no super heroes to save these twenty innocent children from the bullets that flew at them on Friday morning at Sandy Hook Elementary School.

We think about this tragedy, which chills the heart of every single parent in America, and wonder what kind of horrific Christmas the families in Newtwon will face this year.

Unfortunately, the Sandy Hook shooting was not the first massacre to taint the celebrations of Christ's incarnation. Just two years ago in Egypt, Christians comforted bereft relatives with a poem: “Don’t cry for me, mother; to a martyr you’ve given birth. Murderers killed your son, on a night of Christmas mirth.” The poem was written as a tribute to Christians shot during a Coptic Christmas Eve service.

Last year on Christmas Eve, a Nigerian church was bombed as Christians gathered to "worship Christ the newborn King."

Such accounts are not unique to contemporary history. When your family gathers to read the Christmas story from the Bible this year, you can hear about yet another Christmas massacre:

"When Herod realized that he had been outwitted by the Magi, he was furious, and he gave orders to kill all the boys in Bethlehem and its vicinity who were two years old and under" (Matthew 2:16).

Two years old and under? That means some families may have lost two children, a toddler and a baby as well. It wasn't just the sweet, helpless newborns who were killed. Included in the stats of the Bethlehem slaughter were boys like my two year-old, Thomas: precious boys who love jumping out to "scare" their daddies, precocious little boys who wrestle with their big brothers but still cuddle with their mamas, darling little boys who love to run and spin and jump and somersault to the proud applause of their families.

Unlike CNN.com, the Bible does not include interviews with the victims' neighbors, speculations about the suspect's motive, or photographs of the mourning parents whose children were brutally slain by Herod's henchmen. It does, however, describe the general reaction of that little town of Bethlehem: “A voice is heard in Ramah, weeping and great mourning, Rachel weeping for her children and refusing to be comforted, because they are no more" (Matthew 2:17).

Thankfully, with the full revelation of Scripture, we don't have to conclude that those little children from Newtown, Connecticut are simply "no more." We can rest assured that "their angels in heaven always see the face of [their] Father in heaven" (Matthew 18:10). It won't make Christmas easier for the bereaved folks in Newtown. It won't make the tragedy any less gruesome.

But it at least gives room for hope.

Jesus was born on Christmas Day in order to reverse the curse of sin. All the blood that has been spilled - including the blood of the innocent children of Sandy Hook and the brave adults who died protecting them - will one day be washed off the face of the earth by the power of Christ's perfect life.

On that day, Christians will be reunited with those they lost. Parents will embrace children long-since dead. Fear will be wiped away. Death will be destroyed. 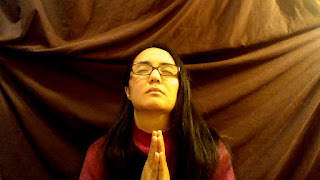 All because a little baby was born in a stable in Bethlehem.

Christ was born on that holy night with a plan. His plan was to comfort the mourning and break the chains of the oppressed. His plan was to abolish evil and establish justice upon the face of the earth. His plan was to obliterate sin and overcome the gruesome power of death. If ever the world needed the message of hope, it is now.

What about you? What prayer would you offer the families in Newtown this Christmas time? (Feel free to leave your own prayer below.)