Happy Wednesday! It's a new month, and I've got some new projects to work on while  (Kennedy's story) is with betas. What I'm doing now is more like pre-writing. I'm gearing up to do my first real spy novel, so I'm practicing fight scenes. 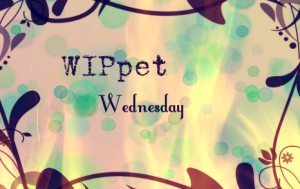 In honor of the second month of the year, here are two paragraphs from Fight Scene 101. Meet Agent Ko. I hope you like her as much as I do.

The man yanked the knife out of his back pocket and crouched, eyes gleaming, sweat beads already glistening on his forehead. "I'm gonna say something really mean and nasty here," he snarled. She pounced forward, dodging the wide, clumsy arc of his blade. The second he shifted his weight, she grabbed his wrist and yanked his arm back. He staggered forward with a grunt, and she kneed him in the sternum. The knife clattered on the floor. She gave him two swift chops in the center of his back, right between his lungs. He fell gasping.

Placing her hands on her hips, Ko pressed her high heel on the base of his neck, just above the shoulder blades. "Well, I'll say something even more nasty." She walked away without looking back.

Random Fact: I usually skim fight scenes when I read. Until now, that is.Blog Love: Huge thanks to K L Schwengel for hosting the WIPpet Wednesday blog hop, where authors post snippets from the current Works In Progress.
Posted by Alana Terry at 7:32 PM