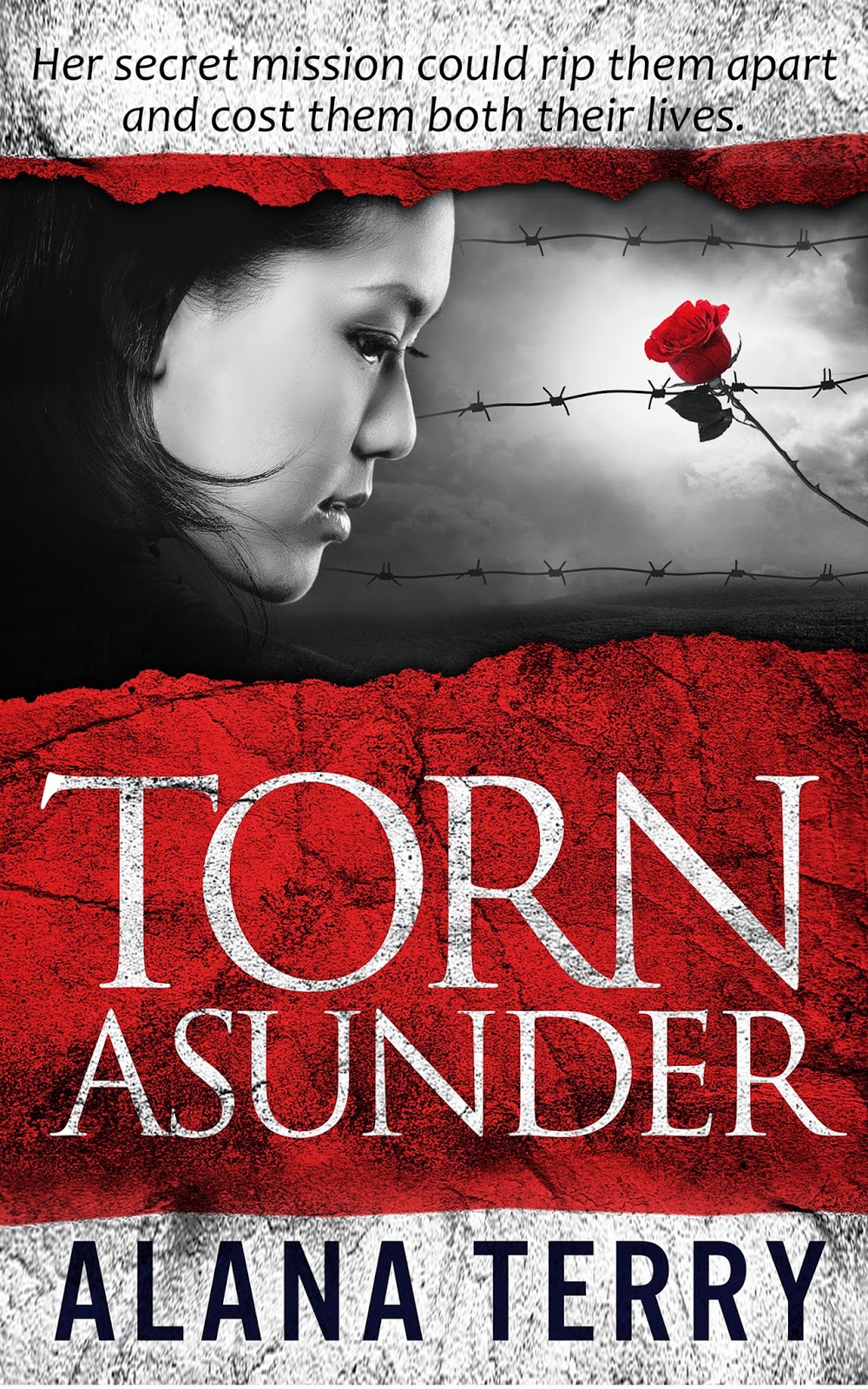 Torn Asunder ~ a Christian suspense with a strong romantic element. Two North Korean refugees return to the most hostile mission field in the world as undercover missionaries. Available for preorder now for 99 cents, or free to anyone who makes a donation to Liberty in North Korea's underground railroad for refugees.

Simon’s field of vision blurred over. He wanted to scream. The metal from his handcuffs sliced open his wrists. He envisioned himself breaking free and tackling the general to the ground.

“Stop!” He tried to leap out of his chair.

Liberty in North Korea: Get Torn Asunder free when you donate here. Want to help spread the word? Are you willing to share about my fundraiser on social media, on your blog, or on an email list on December 22 when Torn Asunder is released? Sign up here.
Posted by Alana Terry at 10:28 PM